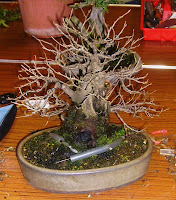 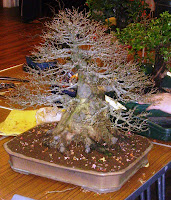 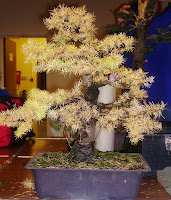 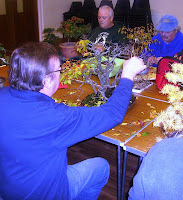 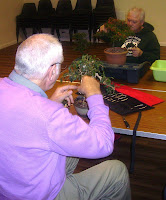 Derek works on his Ficus

Caz and Nigel tidying up their trees for the winter 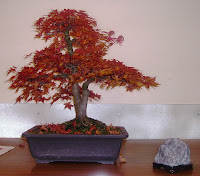 Maple in autumn colour with suiseki 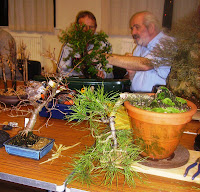 Tony's mugo pine begins its journey to become a bonsai 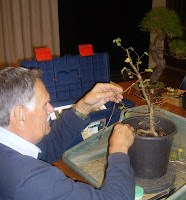