As usual, there was eager anticipation for the yearly club auction.
Many fine examples ;0) of bonsai and pre bonsai were bought along so that new custodians could take over their care and development for the future.

This year we had opened up the auction for telephone bids from Japan....unfortunately the satellite link was faulty....or no one bothered ringing !!

Poor Tony, his wife had tied his hands behind his back again to prevent him bidding 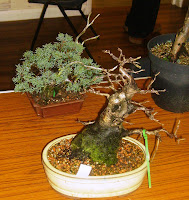 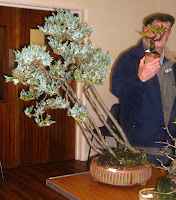 Ted inspects an oriental bittersweet (I told you quality goods) 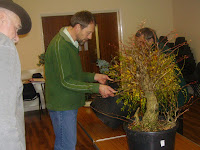 Tony & Derek checking out the goods 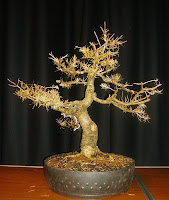 On auction night we also hold an annual competition where club members bring along trees purchased at previous auctions to compete for the Philip Anthony cup.
Larch 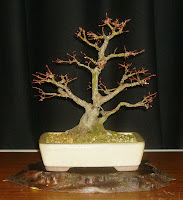 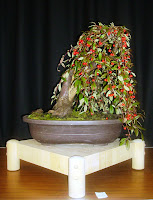 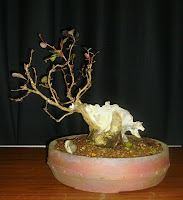 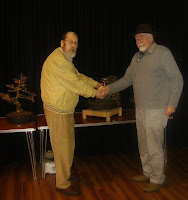 Derek (right) accepts the winners cup (for his cotoneaster) from Philip
Posted by Ashfield Bonsai Society at 13:04