We took a few trees down to the Swindon Winter Image show yesterday.
You will have seen the trees on the previous Noelanders thread but I'll post these pictures for posterity, and to shout about the fact that John Pitt was awarded "Best tree & pot combination" for his English Yew, not sure who made the crap pot, some duffer from Derby...his name escapes me....
Also the club received a certificate of merit for the Ilex Serrata (Japanese Winterberry/ Holly) that was displayed on our club table.

Apologies for the poor picture quality sodium lights and a crap photo editing programme do us no favours. 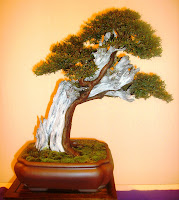 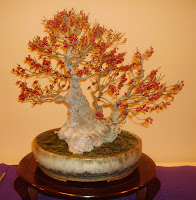 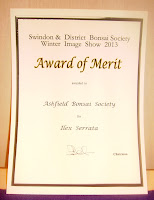 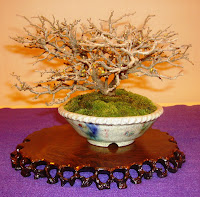 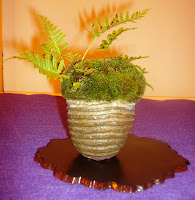 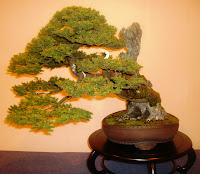